Is that you, champ? Mike Tyson lookalike amazes boxing fan as he’s spotted at Schoolies celebrations on the Gold Coast

A young man who was on the Gold Coast during this year’s Schoolies celebrations has come across a man who bears an incredible resemblance to boxing legend Mike Tyson.

In a video posted to TikTok, the man announces to the camera, ‘Hello, I’m here with Mike Tyson,’ as he fist-bumps the man who, like ‘Iron Mike’, has a shaved head and very distinctive tattoo on the left side of his face.

The two are sitting on a bench on a mall on the Gold Coast as they fist bump each other before he asks the lookalike, ‘You’re at Schoolies, are you enjoying it?’ 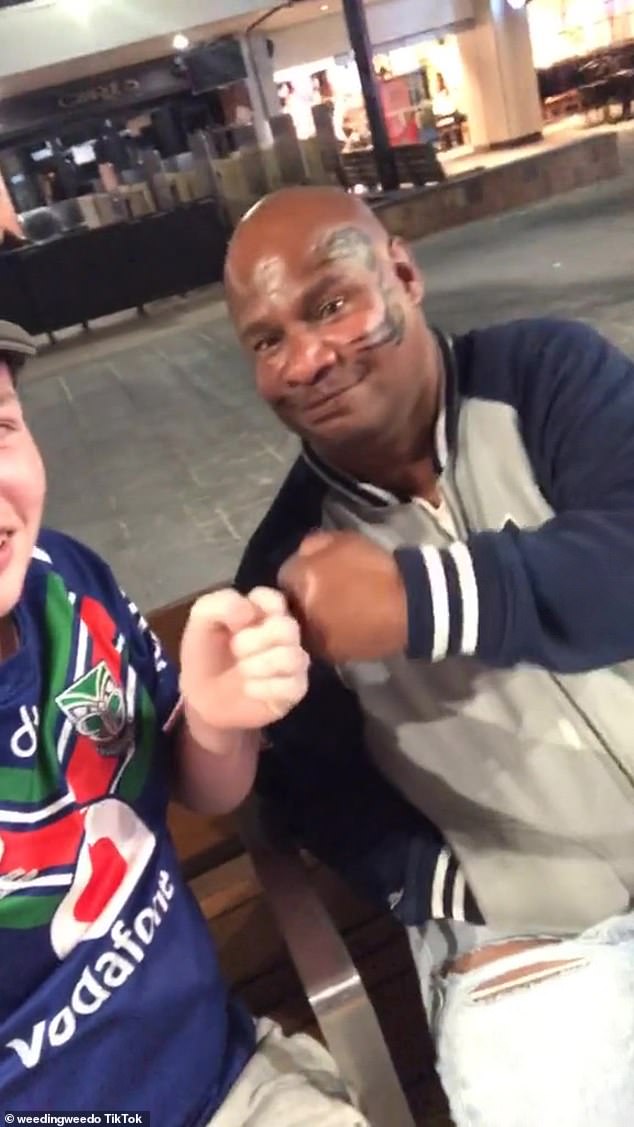 With his shaved head and distinctive facial tattoo, the man bears a striking resemblance to the heavyweight boxing icon 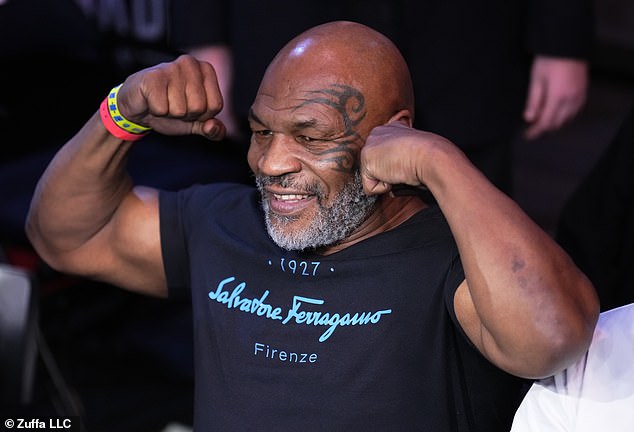 Tyson (pictured at UFC 281 in New York earlier this month) was barred from entering Australia in 2001 over his criminal record, but was allowed to get a visa in 2012

The real Iron Mike was barred from coming to Australia in 2001 due to his criminal record, which meant he failed the character test required to enter the country.

Cabinet papers that were released in January this year revealed that then-immigration minister Phillip Ruddock wrote to prime minister John Howard to state that the former world heavyweight champion failed the test under the 1958 Migration Act.

The federal cabinet backed Ruddock’s decision to bar Tyson from entering on the grounds that he was not of good character.

However, he was able to visit the country for six days in 2012, when former prime minister Julia Gillard’s government decided to grant him a visa.

Tyson was unable to visit New Zealand on that trip, however, with the Kiwis barring him over his 1992 rape conviction, for which he was sentenced to six years in jail. 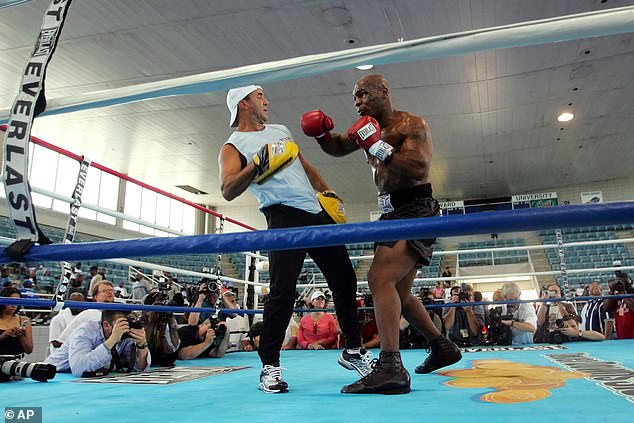 Tyson was trained by his longtime friend, Aussie boxing legend Jeff Fenech, for his 2005 fight against Kevin McBride (pictured)

In May 2020 the ring legend rejected a $3million offer to fight Sonny Bill Williams or Paul Gallen in an exhibition bout, with promoter Max Markson explaining that Tyson viewed the proposal as an ‘insult to boxing’.

Tyson has had a long association with Australia’s greatest ever boxer, Jeff Fenech, with the pair becoming friends in 1988 before being seen cheering on Aussie light heavyweight Jeff Harding in his legendary world title win over Dennis Andries in 1989.

Fenech revealed the heavyweight icon once put him in a cage with one of his pet tigers and ‘kind of locked me in there’ during a visit to his home.

The ‘Marrickville Mauler’ even trained Tyson for his fight with Kevin McBride in 2005.